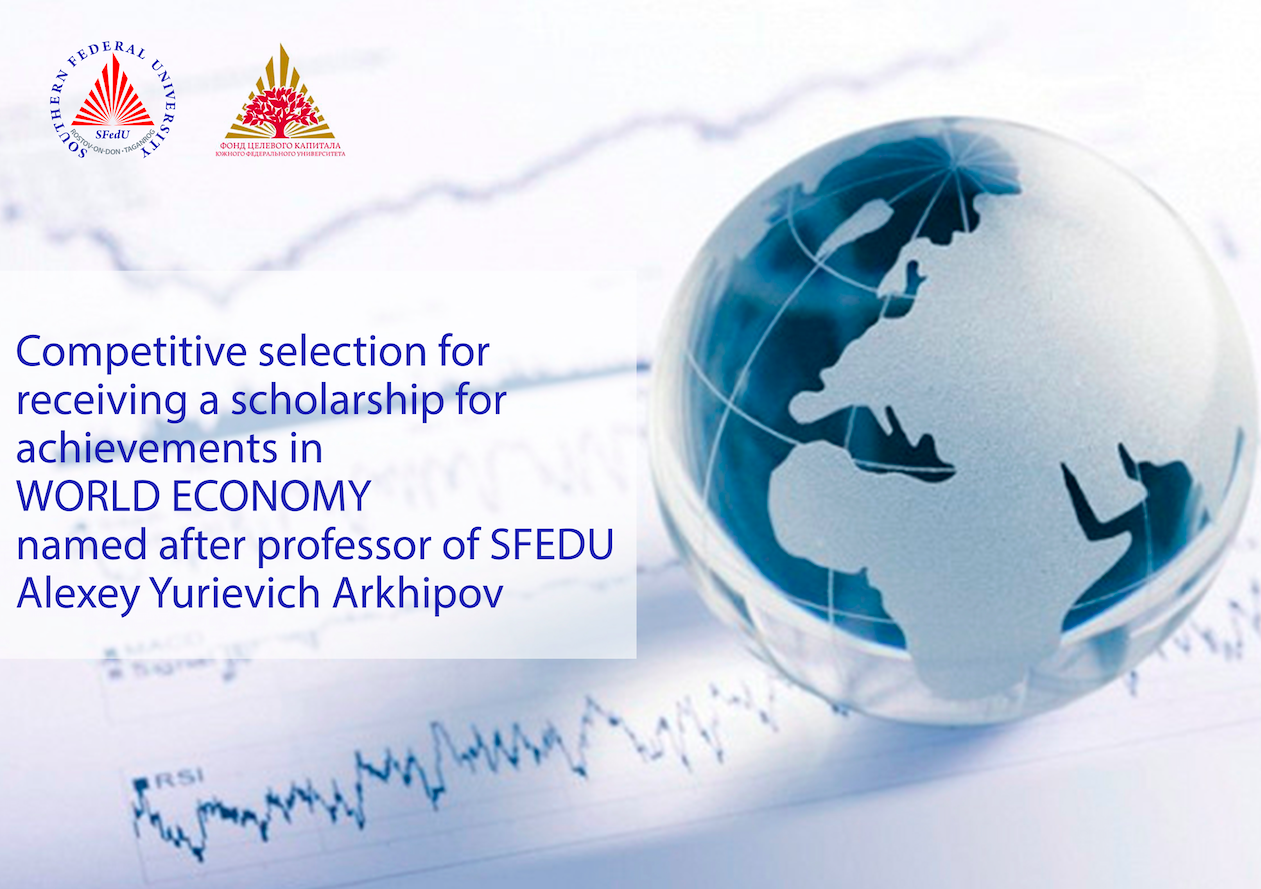 Full-time students who have achievements in the field of the World Economy, regardless of citizenship, as well as sources of funding for training, who have grades “good” and “excellent” for the last two sessions, and who do not have disciplinary sanctions or debts for tuition fees.

Applications that meet the competitive selection criteria are eligible for the competition, with the exception of:

The set of tender documents includes:

Competitive documents are accepted from corporate mail (@sfedu.ru) to ekzashitina@sfedu.ru (with a note in the subject line: To participate in the competition for a scholarship named after A.Yu. Arkhipov) from 2, March to 20, March, 2022.

The scholarship is awarded in the form of a lump-sum payment and is awarded to a person once during the entire period of study at the Southern Federal University.

Scholarships for achievements in the field of world economy named after Professor SFedU Alexey Yuryevich Arkhipov was established in 2020 after the sudden death of Alexey Yuryevich, who made a significant contribution to the development of higher education, in general, and the scientific school on the World Economy, in particular. A short autobiographical note can be found here.

In 2021, the first competition was held, the winners of which were: